Watch sample videos of crane controls with and without OptiSway®.

We are at the forefront of 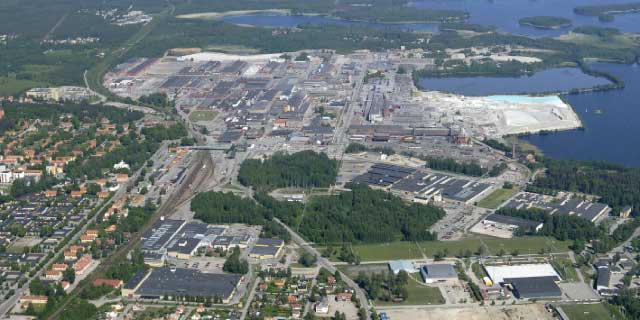 The commissioning of  two cranes withOptiSway®sway control at Sandvik AB, Sweden, could be completed in a record time of 2 days with minimal downtime. This is thanks to the optimum and thorough preparation by all parties involved.

The two overhead cranes are used for transportation of drill pipes in semi-automatic operation. These are red-hot and therefore need to be transported both rapidly and free of oscillation in order to avoid any damage to the product.

One of the cranes was newly built by BANG Crane Systems, Germany, in cooperation with the Swedish company Midroc and equipped with sway control by CATS. The second one was an existing crane, refurbished by Midroc and retrofitted withOptiSway®by CATS GmbH.

Sandvik is one of the largest companies in Sweden. Founded in 1862, the company has about 50,000 employees in 130 countries, with annual sales of approximately SEK 99 billion (2012) and is regarded a global player in steel industry.

You are here: Home > News > Commissioning at SANDVIK
Back to Top